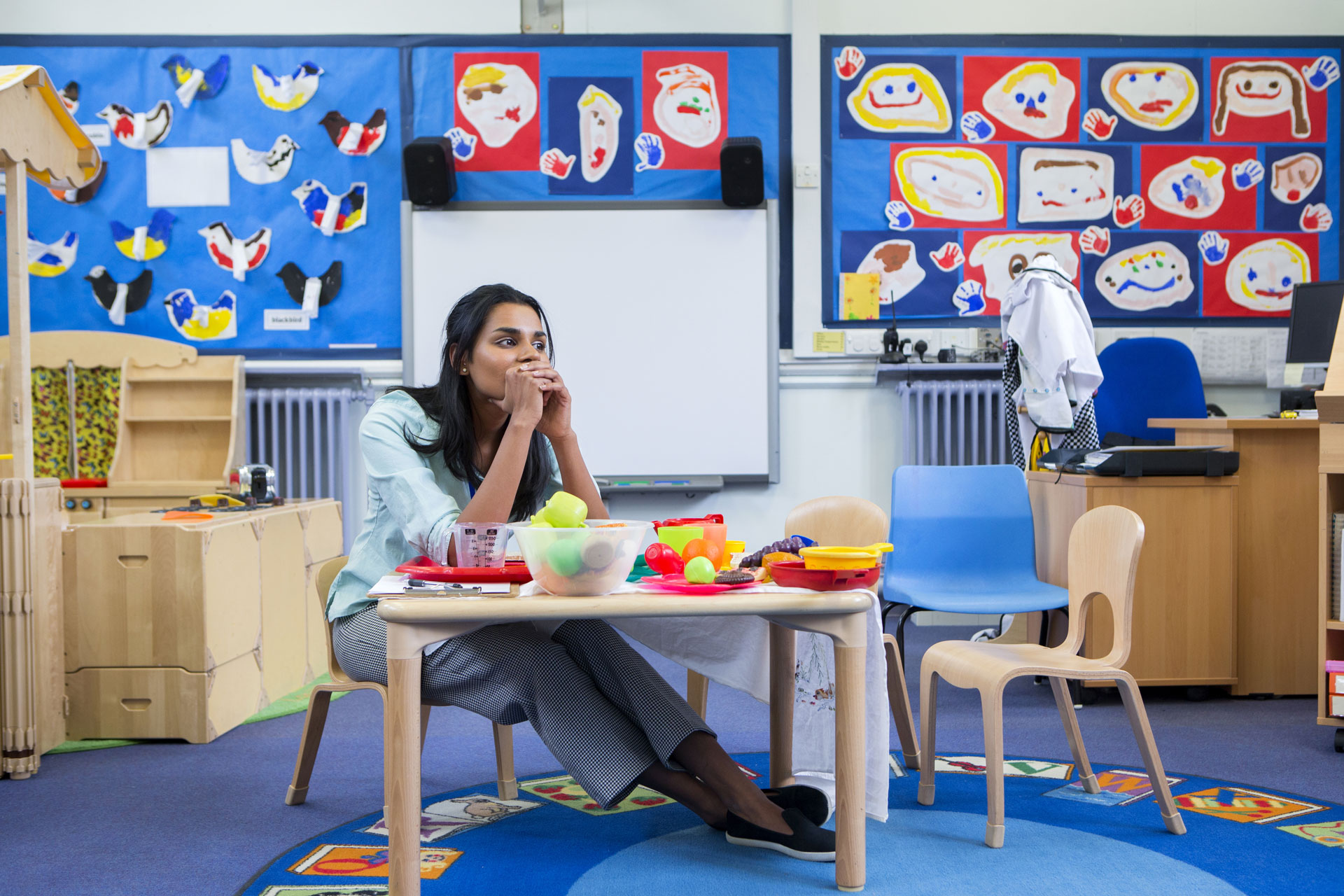 The following statistics from the Education Support Partnership, Teacher Wellbeing Index 2018 give an idea of the scale of the crisis, with rising numbers of teachers seeking support for their mental health year on year:

32% of education professionals have experienced a mental health issue in the past academic year.

74% of education professionals consider they do not have enough guidance about mental health and wellbeing at work.

47% of education professionals with mental health symptoms were away for a month or more over the academic year.

Clearly, workload, including demands around the seemingly endless pursuit of data, and a culture of unrelenting accountability and blame, are intrinsic parts of the problem. There is a growing body of research to show the factors which most contribute to work-related stress within teaching and generally in the workplace; among those factors, lack of autonomy and being micromanaged rank highly.

My own decision to leave full-time teaching after having worked in the sector for almost 20 years, was largely motivated by the lack of professional autonomy I experienced and by the increasingly all-consuming nature of working within schools. Once I achieved my goal of being a SENDCo and member of Senior Leadership, I gradually became more and more disillusioned by my inability to effect real change for the better for students and colleagues who I cared about and wanted to help, as the backdrop of budgetary constraints and slashed resources in terms of money, headcount and time, became ever more real and stifling.

Firefighting in school on a daily basis, and then returning home to continue working in evenings and on weekends in a bid to keep on top of an ever-growing to-do list, I was left with no semblance of work/life balance. My own physical and mental health deteriorated as I approached burnout, leaving me less and less able to serve the children in my care.

Official statistics show that only 80% of people who qualify as teachers in the UK go into the profession and one in three teachers quits the classroom within the first five years. The number of teachers working in state-funded schools in England has fallen to its lowest level since 2013, official statistics show (School Workforce Census 2017, DfE).

In addition to workload and over-accountability, teacher mental health is further impacted by the stress of having to deal with the threat of aggression (verbal and/or physical) from students, and sometimes from parents. This is an unfortunate part of the job in many schools, and constitutes a further undeniable strain upon staff mental health and wellbeing.

Are we missing the point?

I have worked in schools where initiatives implemented around staff mental health and wellbeing have, in my opinion, missed the point entirely. In two of the schools, the decision was made that re-painting the staff room and buying new crockery and cutlery were key ways of improving staff wellbeing. In one of the schools, it was decided that fresh flowers were to be placed in the staff room weekly; this idea was regularly touted by our Headteacher as a wonderful morale booster but did not prevent almost all teaching staff leaving the school’s employment at the end of the academic year.

I know of several schools in which a mandatory yoga or mindfulness class has been implemented to improve mental health of teachers and other staff, often in addition to the regular weekly staff meeting. I find myself questioning how useful such initiatives really are and whether in some cases they may actually be counterproductive.

In one school where I worked, a weekly after-school wellbeing and team building activity was launched for all staff; the activity took the best part of half an hour, was on top of our once weekly staff meeting, and was deemed by the Headteacher and most members of Senior Leadership to be an excellent idea. Most other members of staff were not so enthusiastic. The “Forced Fun” activity as it came to be known, took away from prime administrative after-school time and added an extra half hour to the working day every Tuesday.

As well-meaning as such initiatives may be, they are superficial and piecemeal remedies for profound and complex systemic issues. A new lick of paint in the staffroom and extra time in school practising yoga can only go so far in papering over ever-widening cracks in the way our education system is run and the resulting damaging effect on teacher and student mental health.

My honest view is that all too often, Senior Leaders in schools are in danger of paying lip service to staff mental health and wellbeing, rather than actually doing anything meaningful about it. I do not think that this is necessarily intentional – more likely, it’s that in the long list of tasks which need to be handled with ever-dwindling resources, tackling mental health is denigrated to being just one more thing to do.

Having been a member of Senior Leadership in two schools, one in the state sector and one independent, I believe the reality is that mental health and wellbeing of teachers (and sometimes of students) are frequently reduced to mere box-ticking exercises. Mental health runs the risk of being trivialised because many senior staff within schools lack the resources, the knowledge and/or the will to effect real change which would truly positively impact the mental health of their school community.

There is a mental health crisis in our schools. Without addressing teachers’ crippling workload, the culture of blame and the resulting impact on teacher mental health, it will be difficult if not impossible to tackle the crisis in children’s and young people’s mental health effectively. Rather than superficial and piecemeal initiatives around teacher wellbeing, systemic changes are required so that educators feel cared for and can in turn positively impact the mental health and life outcomes of children and adolescents. Despite the government’s pledges around reduction of workload and other initiatives for staff retention, as well as the promise of more funding for mental health services such as CAMHS, I find myself sceptical about seeing any real change for the better. I sincerely hope I’m proved wrong.

P.S. We are launching our website of mental health resources and programmes for schools in May 2020. Join our mailing list to begin improving your school community’s mental health and wellbeing: https://mentallywellschools.co.uk/

P.P.S. If you have something to say in response to this blog post, please make a comment below. We would love to hear your thoughts.

BECOME A MEMBER TODAY!  (1st month FREE)
We use cookies to personalise content and ads, to provide social media features and to analyse our traffic. We also share information about your use of our site with our social media, advertising and analytics partners who may combine it with other information that you’ve provided to them or that they’ve collected from your use of their services. You consent to our cookies if you continue to use our website.
Cookie settingsACCEPT
Privacy & Cookies Policy

Any cookies that may not be particularly necessary for the website to function and is used specifically to collect user personal data via analytics, ads, other embedded contents are termed as non-necessary cookies. It is mandatory to procure user consent prior to running these cookies on your website.